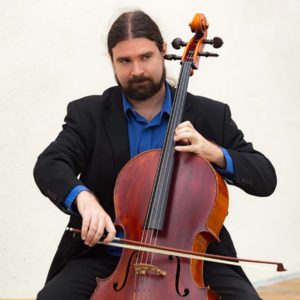 John Ott has been performing and teaching in Irvine, CA for almost two decades. He received a Bachelor’s Degree in Music Performance in 2004 from UC Irvine, where he studied with Dr. Margaret Parkins, and recently returned from a two-year excursion to Boston to complete a Master’s degree in Early Music in 2016 at the Longy School of Music, where he performed extensively on both cello and viola da gamba. As a performer, he has played in Symphony Irvine, Dana Point Symphony, Montage Civic Orchestra and South Orange County Chamber Orchestra, Elegie Quartet, and he currently performs regularly with l’Esprit Baroque, an ensemble that performs Baroque music on period instruments. He has taught at Wildwood Music Camp, Arrowbear Music Camp and Chamber Arts Fest, and is employed by University High School as a cello coach. In addition he has been teaching private cello lessons since 2000, and has been a part of Vienna Music Institute since it opened in January, 2006.